This is the first in a series of posts about developing an iOS application from the perspective of a Windows C# developer.

On a recent month-long trip to South America, I took part in the Buenos Aires Startup Weekend hackathon and my team came second!. The application we built is a treasure hunt game for tourists which helps them discover Buenos Aires. At the beginning of the weekend I knew nothing about mobile development. It was the first time I developed software using a Mac.

First, let’s look at the basic requirements for the environment. 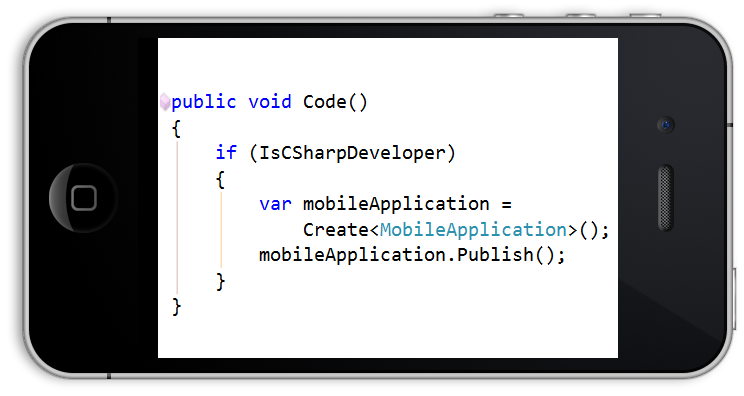 MonoTouch is the easiest approach for C# developers. It allowed me to write a basic native iPhone app in a weekend with no prior mobile development experience. I’d never used MonoDevelop or XCode either.

MonoTouch is a software development kit for MacOS that cleverly enables you to use C# and the common .NET libraries (via Mono) along with bindings for the Apple Cocoa Touch framework to create native applications for iPhone, iPad and iPod. A lot of the tools are the same as for Objective-C developers: you use the iPhone Simulator and the XCode Interface Builder.

If you are a C# developer still wondering whether to learn Objective-C, there is a magnificent StackOverflow answer comparing MonoTouch and Objective-C.

There are some costs associated with becoming a MonoTouch iOS developer.

You need a Mac. I’m using a 15” MacBook Pro. I have it configured for dual boot, but I’m using the MacOS side for this project.

You will need to sign up as an iOS developer with Apple. This costs $99 per year. More information about Apple developer programs on their site.

You will need Xamarin MonoTouch which currently costs $399 for a one year single seat license for a single developer. More information on pricing at the Xamarin store.

Setting up the environment

Xamarin have an excellent installation guide which guides you through installing both XCode and MonoTouch.

The next step is to create your first iOS application running in the iPhone simulator. Go through the samples in the MonoTouch getting started guide.

Over the next few weeks I’m aiming to finish the app I built for Startup Weekend and I’ll be sharing what I learn along the way.