This post is part of an ongoing series about robots, past and present. See Musical Interlude.

Opportunity landed on Mars in January 2004. It is currently the only active robot on any planet other than Earth (until the scheduled arrival of Curiosity in August 2012). The mission was originally supposed to last 90 days.

The rover contains pieces of the fallen World Trade Center which were turned into shields to protect cabling.

This photo of the Endeavour Crater on Mars was taken by the Opportunity rover on March 9, 2012. 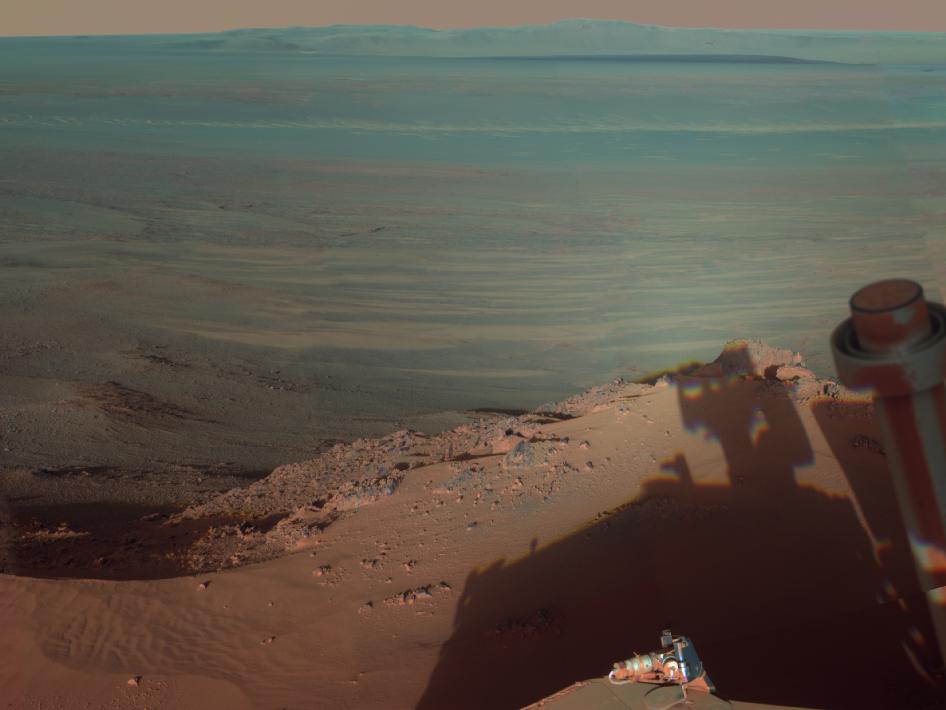 Hardware - if it ain’t broke, don’t fix it

NASA prefers hardware that has been used successfully on previous missions, even if it means compromising on performance.

The computer on board is a RAD6000. It is single board computer designed for the US Air Force by BAE Systems with a 32-bit processor based on the IBM RISC single chip CPU. It has 128 MB of RAM.It is radiation hardened so that it can withstand the harsh environment of space. The RAD6000 is reported to cost between USD 200,000 and USD 300,000.

It’s a venerable board. We’ve used it ever since the Mars Pathfinder Mission what — about 12 years ago, 14 years ago? 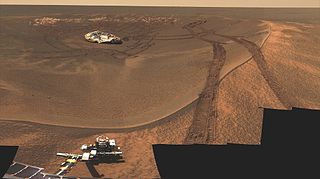 The software on a Mars lander is expected take 3-4 years development. It’s designed according to a Waterfall model split roughly as follows:

One of the things about the software, one of the unique aspects about working software on a spacecraft is it’s the only part of the system that you can change after launch.

No GitHub. Most space technology software is considered arms technology, so it cannot be made open source.