This post is part of an ongoing series about robots, past and present. See Skiing on Mars.

Mysterious Shafts in the Great Pyramid of Giza

Various robots have been used to explore secret tunnels in the Great Pyramid of Giza. 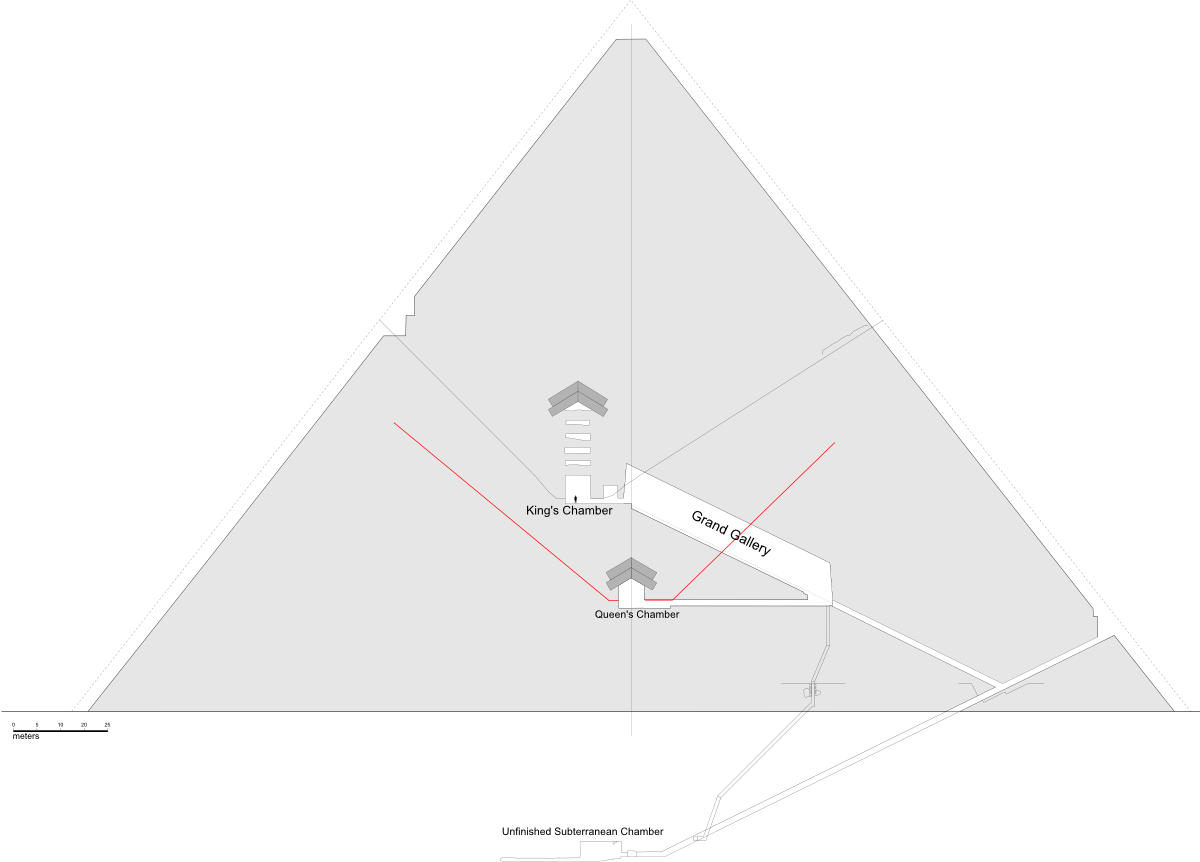 The tunnels were discovered in 1872 by Waynman Dixon, a British engineer who was helping with a project to undertake accurate measurements of the pyramid. He noticed a crack in the southern wall of the Queen’s Chamber and discovered a shaft hidden behind the masonry, as well as a similar shaft in the northern wall. The shafts are very narrow (20x14cm) and so there was no feasible method of exploring them until recently. The shafts in question are shown in red on the diagram above. There are two similar shafts in the King’s Chamber above it, but these have exits on the outside of the pyramid. 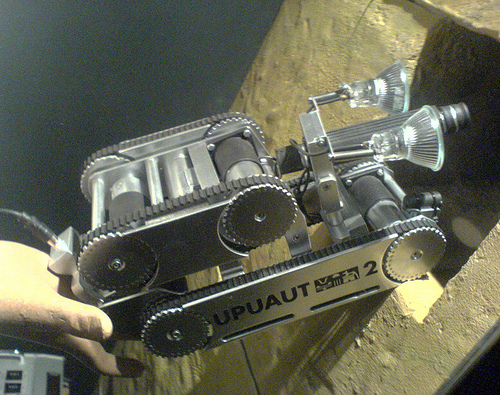 In 1992-3, a series of robots were sent into the shafts to explore them. The most advanced of these was Upuhaut-2, built by a German engineer Rudolf Gantenbrink. It was able to crawl up the southern shaft 63 metres to reveal a stone slab blocking the shaft. The slab has two copper clasps and looks like some sort of door.

In 2002, another robot, the Pyramid Rover designed by iRobot of Boston (the people behind the Roomba vacuum cleaning robot) in collaboration with the National Geographic Society took the exploration further by drilling a hole through the slab and inserting a miniature fibre-optic camera. They discovered a space of a few inches followed by … another door!. The same robot was also able to explore the northern shaft which twists and turns more preventing earlier robots from getting very far. It too ends up with a door approximately 63 metres from the entrance.

The Djedi Project is a team of International and Egyptian experts currently dedicated to the further robot exploration of the tunnels via robots. In 2011, it managed to drill a similar hole in the door at the end of the northern shaft. The robot was also equipped with a miniature snake camera which was able to view the small chamber beyond the door and, in particular, some reddish hieroglyphs. Here’s a video from one of the sponsors of the project.