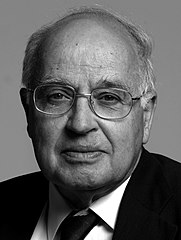 On Saturday I attended an excellent discussion at the Tate modern which was part of a series of lectures on Topology. The first part was a screening of Au Bonheur des Maths, a film by Raymond Depardon and Claudine Nougaret which is a collection of portraits of famous mathematicians describing beauty in mathematics. The second part was a discussion on the same topic between Sir Michael Atiyah and Cédric Villani, both winners of the Fields Medal. You can read a review of the event at Tony Mann’s maths blog.

I particularly enjoyed witnessing world-class mathematicians in the flesh and learning a little about their day-to-day work. Sir Michael Atiyah is a jovial fellow in his 80s who speaks extremely quickly as if his mouth is trying to keep up with his thoughts. His passion for mathematics is infectious. 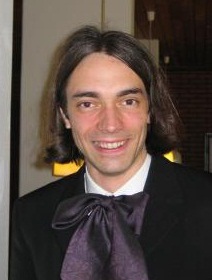 In stark comparison Cédric Villani is a flamboyant Frenchman who was dressed in a three-piece suit and a cravat. He looks more like a musketeer than a mathematician. He was wearing an ornate and sparkly jewel in the shape of a spider on his lapel (and apparently always does). He speaks very good English but with quite a thick French accent. He has a mischevous sense of humour and an endless enthusiasm. Check out his great TEDx talk.

Altogether the atmosphere was one of relaxed, humorous, intellectual entertainment. Both mathematicians drew on anecdotes from the history of mathematics. It was clear that both of them derive considerable pleasure from sharing their knowledge and experiences.

There were many aspects of their work that I felt I could relate to as a software developer: looking for answers sometimes feels like you are exploring a valley and sometimes like you are fighting a battle. Often the strict constraints of the system force you to be more creative to break away from them and towards new discovery. Being stuck is a common and natural occurrence.

One of the interesting digressions was regarding a famous question in topology - how to turn a sphere inside-out (which is known as eversion). Apparently, when Arnold Shapiro described his work on the problem to Bernard Morin who is blind, Morin was able to visualise the transformation, but Shapiro had the distinct impression that he was not taking any particular point of view. Perhaps this is similar to the when you think of holding a sphere in your hands rather than looking at it.

If you have a few minutes, you can learn how to turn a sphere inside-out in the following amazing video.

Sir Michael closed the discussion with the following quotation:

My work always tried to unite the truth with the beautiful, but when I had to choose one or the other, I usually chose the beautiful.