This post is about fixing an annoyance whereby Visual Studio refuses to update extensions when running as an administrator.

I always had a problem when an update to an extension or tool tried to open the browser. For instance, I would see this notification in the system tray.

And then when I went to Tools/Extensions and Updates… in Visual Studio, I’d get to something like this: 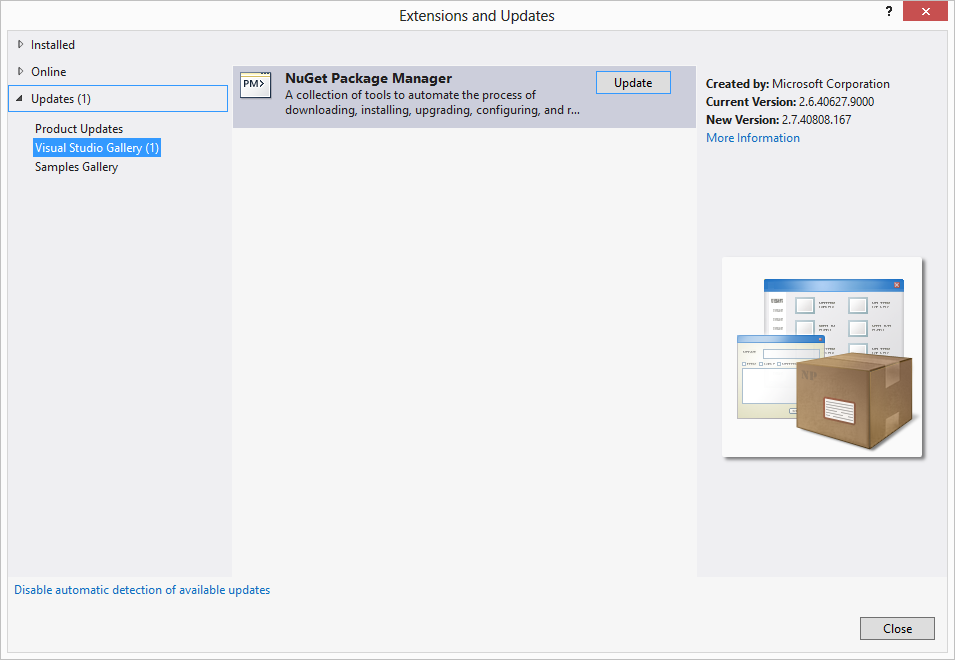 But the Update button was not responding to any clicks. The only workaround I found was to restart Visual Studio under my normal user account and then the button would work.

The fix at last

You’ll get a message saying Class not registered.

Unfortunately, updating to newer installations of Chrome does not fix the problem. You need to uninstall and reinstall. (This sounds like a lot of hassle, but if you are using Chrome sync it is very easy and only takes about a minute).

But better, because the Update button in Visual Studio now works.